Ok, so here we go! Time to announce the contest results.

Congrats guys! You had the lowest (0.106) and highest (0.960) random numbers out of the whole group. There were 28 entries, way beyond what I expected. Just for fun, you can see the full results at the bottom of this post.

So to Schruender and Jim go the spoils:

Schreunder picked the 1986 Topps Zack Greinke, and Jim picked the 2007 Turkey Red Ozzie Smith. You guys can comment or email me the rest, and I'll have those out to you pretty soon! 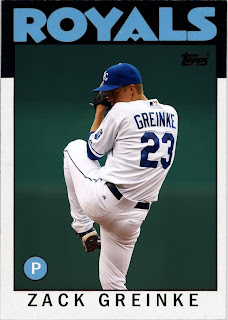 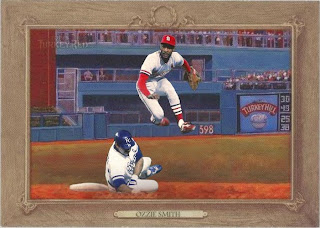 A sincere thanks to everybody who entered. It was entertaining to read the comments and the reasons people liked the cards that they did. Thanks to you, I have some new ideas for cards going forward, which I can't wait to get to. Also, it was fun to be introduced to some first time commenters. I had no idea some of you were reading the blog!

So what were the most popular cards? The winner was 1992 Stadium Club Brad Hawpe with four of the 28 votes (and several runner up mentions). Four other cards received two votes. Those would be:

People really seemed to like those Stadium Club cards, which was cool. Seven total votes for the 1992 Stadium Club set (25%). 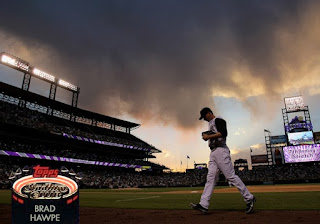 Here are the full results. I've added links so that you can take a look at the cards other people voted on.

Since the 1992 Stadium Club Hawpe won the contest, I'll be doing a special edition of that card to commemorate it as "best of the first 100."


I promised the full results of the contest...and here they are! I assigned everybody a random number using SAS.


That's it! Here are the results: