Some phenomenal cards today from Matt of Collected Studio. Let's start things off with a couple of All-Stars. 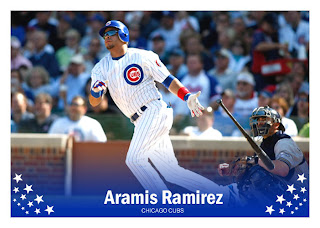 Beautiful card of Aramis getting a nice swing on the ball. Lots of fun details here. The bat toss and catcher's reaction would seem to indicate that this particular pitch had a chance of ending up on the streets of Chicago. 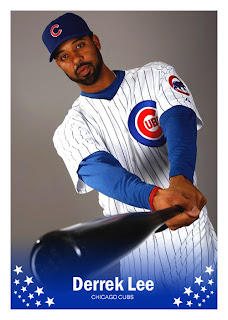 My father-in-law's favorite active player. Derrek definitely knows how to rock the beard.

Oh yeah, and I'm quite the fan of this particular pose! 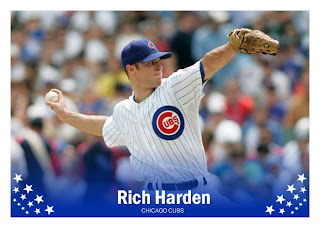 Known as "Crystal Meth" in our fantasy baseball league. Paul, you're a genius. 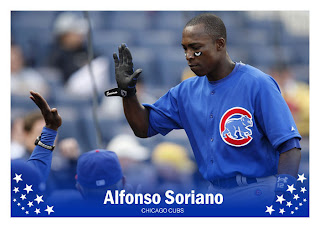 Referred to as "pony-boy" by my mom! How's that for a nickname?

Other than the injuries, he's been quite productive for the Cubs. Also one of the few 40-40 players in baseball history.

Quick interlude -- a trivia question for you. Who is MLB's only 50-50 man, if you include separate seasons (meaning 50 SB one year, 50 HR another)?

Well...it was Brady Anderson. Oh yeah. Let me know if you got it.

Excellent cards Matt! Thanks so much. Here are a few Cubbies I put together as well. 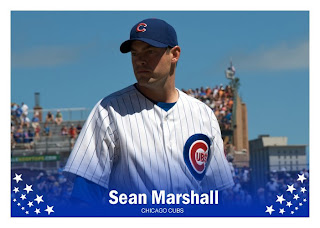 Sean Marshall is tall. And quite good.

Marshall will be at the back end of my fantasy baseball rotation this season. He may not stick around all year, but you never can be sure with pitchers. Last year I went through 42 of them.

I like the bleachers in the background of this shot. 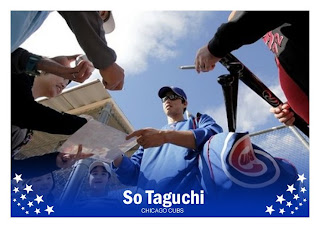 This one's for Linda Cohn. 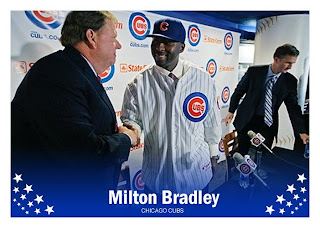 People see last year as a fluke. And perhaps rightly so. His BABIP jumped about 60 points.

But that said, the guy has made a living at some pretty nasty pitcher's parks. His age 26-29 seasons were in LAD, OAK and SD.

I hope he stays healthy this year. By many accounts he's a very articulate and interesting guy. 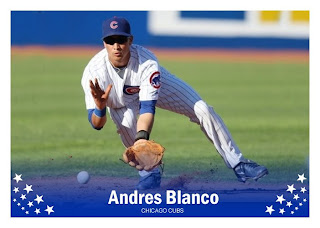 What is it with ex-Royals and Cubs? Blanco, Gathright and German off the top of my head. There are probably more.