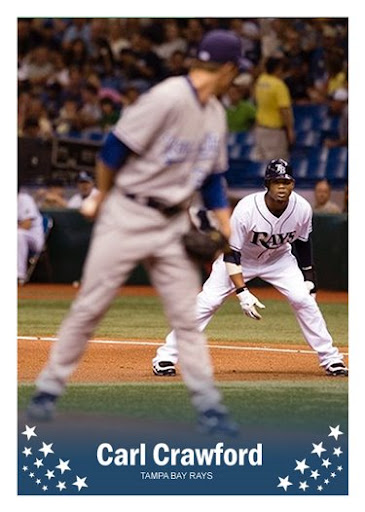 First of all, thanks to everybody for the overwhelmingly positive feedback! I really do appreciate it. I feel like we're on the verge of something really cool.

News Note Number One
First off, and perhaps coolest of all, the project is already getting very collaborative. I've received several "team sponsors," so to speak, who will really be putting their own unique spin on these cards.

Essentially these three guys (and anybody else who wants to) have been given full access to the card templates of their particular team. They can create as many cards as they like, which will take their rightful place in the 2009 Goose Joak Originals set!

If anyone else has an interest in doing this for a particular player, list of players or team(s), just let me know and I'm more than happy to add you as a fellow card designer! 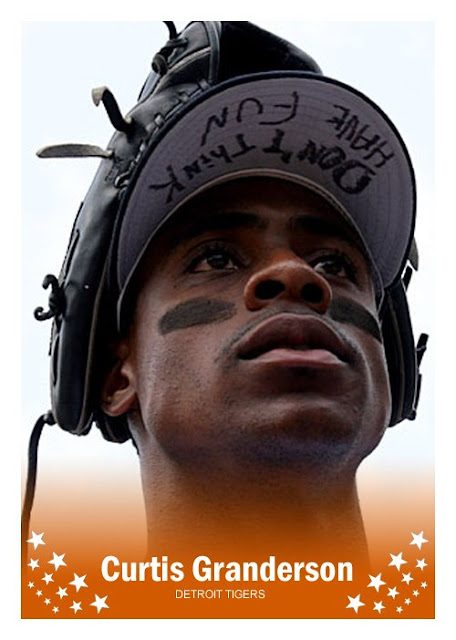 /* Also, if you are interested, and you don't have Photoshop, fear not. I am looking into some freeware that may be able to do the same thing. [EDIT - Jeffrey came through in the clutch and scouted out a program called GIMP, which worked really well for him on his first card, Nate McClouth! Very nice work!]*/

News Note Number Two
A number of people also voiced an interest in collaborating via other means, such as helping to locate good player photos. Personal photos are especially welcome, even encouraged!

If you find a photo that you want to see on a future Goose Joak card, you can:

- Leave a link to it in one of the comment sections
- Post it to this spreadsheet, along with the player and team: http://spreadsheets.google.com/ccc?key=pC7LcSN-cGVyAij3fFzJ8Eg

You can also use that spreadsheet as a way to request new players. We'll check them off as we get to them.

News Note Number Three
As far as I'm concerned, everybody making these cards is more than welcome to post them to their own blogs. Just include a common label or tag for those posts (like "goose joak originals" or something) so that I can create a fixed link to all of your cards. I'll post it somewhere prominent. I'll also use a common tag for any cards on here if you want to link back on your site.

So...how are we going to keep track of all this? At season's end I might gather up all the cards into one common location, perhaps organized by team, so that it'd be super easy for anyone to print out a team set or find their favorite players.

In the meantime the cards will come out regularly, starting now. Mostly there won't be a rhyme or reason to the order, unless a photo is tied to a recent baseball event. Hopefully the randomness will keep it fresh -- kind of like opening virtual packs! 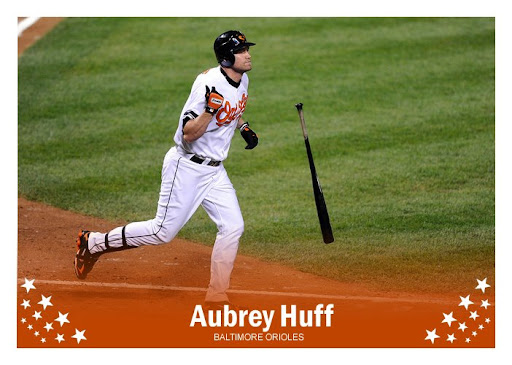 News Note Number Four
To touch on some of the comments...

- Subsets weren't part of the original plan, but I like the idea! All-Star cards and Super Veteran cards both sound pretty cool. That'd be a nice change of pace midway through the season. Any chance you want to work on a design, JT? No pressure though!

- JB, that's incredibly flattering! I've gone back and forth as far as making backs for these, but for now I'll have to wait and see how things progress, if only because of the sheer volume of cards. But knowing me, I may start tinkering with a full-fledged card back soon enough...we'll have to see! As for selling the cards, it's a really nice thought but legally I probably should stay far, far away from such things...

- Dave, Jeffrey and Paul -- guys, thanks a ton for wanting in on the project directly! I know that a true fan of each team like you will really do these cards justice, much more than I could.

- Jeffrey -- ha, my wife was showing me employment opportunities with Topps and Upper Deck today based on your comment! I wonder what it would feel like as a job and how much control you'd actually have as a designer. Again I appreciate the nice words...

- Canuckle and Chris -- glad you guys are excited! As far as C.C. in a Brewers uni, that is a great idea. We may as well allow ourselves that kind of scope!

- White Sox Cards, zman/Zack, Night Owl -- Awesome! If you guys want to help with photos or player lists or anything, definitely feel free to make suggestions. Is it possible to do an entire Dodgers team set using only night cards? Do we want to try? :)

There will probably be more updates to come. If you have more ideas or are interested in doing some originals, definitely speak up and let me know! I love the sense of collaboration behind this product and am getting really amped up!!
Email Post
Labels: goose joak baseball cards goose joak originals originals - orioles originals - rays originals - tigers