Response to Blog Bat Around #3 - Announcing The Goose Joak Original Card Set for 2009! 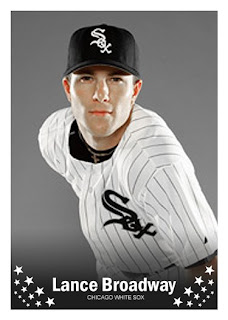 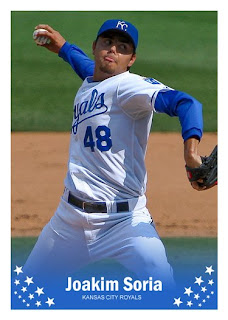 I've been reading people's responses to the third blog bat around. It's been very interesting.

I've heard a lot of influential, articulate people (for instance Paul, Jeffrey and Mr. Night Owl, among the many others) long for something simpler and a lot more satisfying in their future baseball card sets.

Some of the common ideas include (which I wholeheartedly agree with):

1) Bigger sets. Checklists with deep, complete team rosters rather than seven cards of ICHIRO! and 300 cards of Mickey Mantle
2) Cheaper cards. Packs with a cheap entry price
3) Emphasis on QUALITY base cards rather than on chasing autogamers, inserts, parallels or short prints
4) A classic design that would frame well or sign well, like 1991 Topps.
5) Emphasis on genuine, fun cards rather than gimmick cards

To all of the above: I completely agree.

And so I now ask -- which I may regret later -- why wait for Upper Deck or Topps to step up on our behalf?

In response to the bat around, and largely to quench my own desire to have cards like this as well, Goose Joak will be answering the call in 2009. I will be releasing my own, free of charge, original card set in 2009. It will be online for anyone to download and print. There will be no inserts, no auto-gamers, no frills, nothing. Just one card per player per team*, and as many as I can do. At least until Topps or Upper Deck steps forward!

* ahem...I reserve the right to do a few extra Joakim Soria cards if I want to though. But other than that!

I may need your help on this, which I'll get to later. But scrubs and stars, you name it, they'll be there. If you keep me honest, I'll get as many players as I can manage.

Now onto the cards themselves. It's an all-original card layout, the first I've created. It follows what I believe to be the tenants of good baseball card design:

- No foil stamping
- Matte or low-gloss finish (if you print them out)
- White borders
- Easy to read player names
- Emphasis on photography, particularly unobstructed player shots
- Team-themed color scheme
- Straight forward style with a retro-modern look
- Not a lot of extra frills 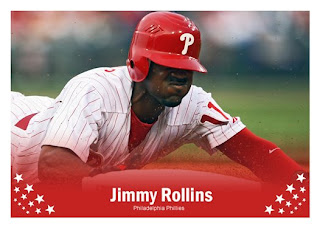 And oh yeah, there will be horizontal cards as well.

Some of the details have yet to be worked out in my head, but I wanted to announce this while the blog bat around was still alive and kicking.

In the meantime, please tell your friends!! Post this on your blog if you want to. I can't do it all alone, you know, especially if I'm going after Topps Total, if that's what people want. I'm going to need recruits, such as people people to help find pictures of the players they want to see. I'll also need team-themed observers to keep me honest with the AAAA spot starters in Washington and Seattle who pitch 2 1/3 IP with 6 ER and ship back to the minors after one start, never to be heard from again. If you truly want them in this set, I'll need your eyes, ears and help.

Also, if any Photo-shoppers -- or even MSPainters -- want to pitch in with their favorite team, I can always pass along my templates and make this a team-wide blogosphere effort! There are some free, layer-based programs you can download that would probably make it work, even if you don't have Photoshop.

Sound exciting? Let me know if I'm way off base here. But if it sounds cool, stay tuned... 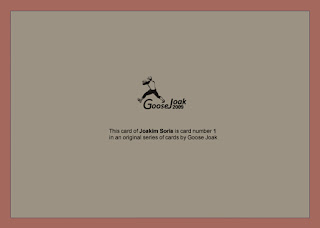