An Easy Team to Enjoy

And so many more! 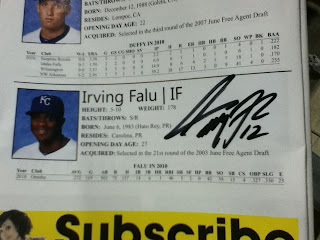 Irving Falu was awesome enough to autograph my program! 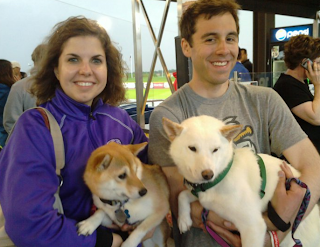 This is us on 'bark at the park' day in Omaha!  The white pup on the right was our foster dog at the time.  We named him Hozzie after Chasers/Royals 1B Eric Hosmer.  We miss him a ton but are very happy that he is happily adopted with his forever home. 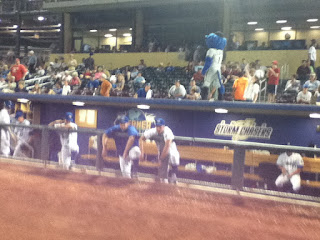 We were on the field for the balloon pop!  0-2.  The new stadium didn't help. 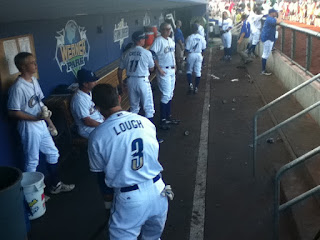 My favorite seats in the house.  3B side, second row, 3rd and 4th from the aisle! 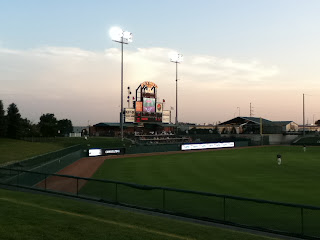 Saltdogs game in Lincoln.  Beautiful park.  It was hot as snot that day, and I had just run a 5K that ends inside the stadium! 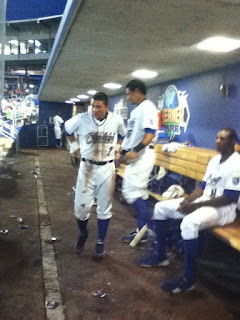 Yeah!  Inside the dugout!  Kila smiled at my wife. 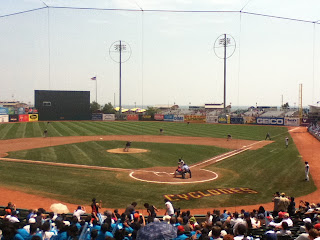 We went to Coney Island in NYC and happened to be there as Jose Reyes was making his rehab start.  He's up to bat in this picture. 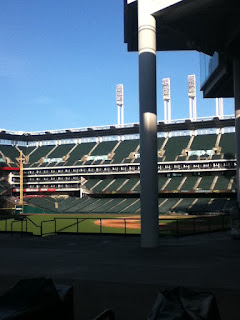 The Jake (Progressive Field) in Cleveland.  It was an off day, and we were just passing through on our way home.
Email Post
Labels: team - omaha storm chasers