I have never caught a foul ball, but I have collected five game used baseballs during my lifetime.  Here are the tales of all five. 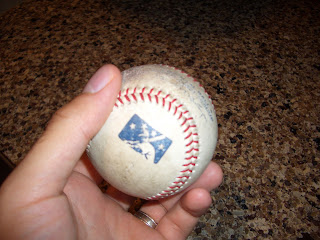 Ball number 2
Tossed into the stands by Matt Murton, fresh off the bat of Matt Kemp.  Spring Training 2009.

Ball number 3
Traded for with a bat shard we got from a clubbie.  No worries -- we still had another bat shard to keep.  Omaha Royals season finale, 2009.

Ball number 4
A bullpen catcher flipped a ball over his shoulder, and it rolled to the edge of the new bullpen fence at Werner Park.  I grabbed it after the pitcher was summoned to pitch.  Opening Day, Omaha Storm Chasers 2011.

Ball number 5 (pictured)
Tonight -- tossed to me specifically by Jesse Chavez!  Super nice of him to do so. 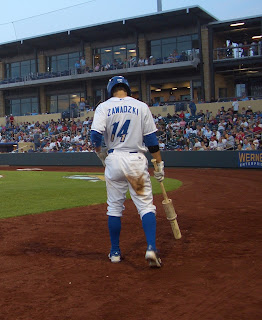 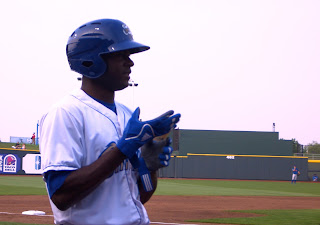