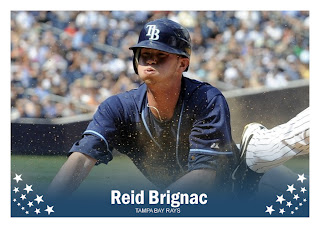 Three favorite fantasy baseball resources.  All three of these sites do a phenomenal job challenging your assumptions and doing meta analysis -- that is, critiquing conventional wisdom and groupthink.

Fantasy Baseball Hot Stove - Mark does a phenomenal job with player comparisons and challenging your assumptions.  The blog really seems to be gaining steam.  I feel like I learn something new every time I read his site, and more than any blog, it helps me mellow about about getting one or two targets.

Fantasy Baseball 365 - One of my most trusted sources for sleepers.  Very forward thinking and always digging for the next big thing.  I find that I agree with a lot of what Charlie says.  In my draft with him last year,  he kept shouting out 'cliche!' with about half my picks.

Razzball - The most skeptical, they humorously break down groupthink.  The main contributor, Grey, is very risk averse.  It is a good balance to have when I get excited or turned onto a player (e.g. Carlos Santana, Brandon Morrow).  Especially Santana.  No matter how good his stats are, I have to remember that I'm drafting a guy coming off major knee surgery.  Who happens to play catcher!  I'll still try and get him, but patience!
Email Post
Labels: goose joak baseball cards goose joak fantasy baseball goose joak originals originals - rays