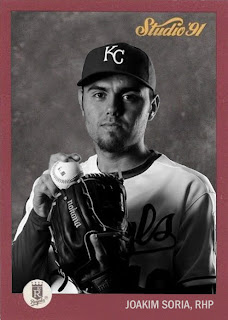 Joakim Soria
Tribute to 1991 Studio
by Goose Joak
I can only go so long without a tribute card for my favorite player.  Soria!

Also, while I'm talking about Mexican pitchers, let me say that my second favorite player will be back soon.  No, not Tommy Hanson!  Jorge De La Rosa!  Can't wait.

Quick comment about Summer in Omaha, since it is Summer in Omaha.  No matter what, the hottest time of the year is guaranteed to be the College World Series.  No matter what the weather is in the week leading up, it will always turn into an inferno once the Series come to a town.  And so it did this year.  You go to a game, you are drenched in sweat.  No matter what.  Like I said, this year is no exception.

Interestingly enough we went to a Tom Petty concert last week.  It's basically next door to the Qwest Center so I got to see the new CWS stadium in progress.  I was expecting to hate it, but honestly I was blown away.  It looked beautiful.

Back to Rosenblatt for a moment -- as an undergrad I worked one summer under the stands with the vendors.  It was awesome.  I wish it had been more than just one summer.  The highlight?  I got to stand next to Jeff Niemann (was he twice my height? Seriously).  Maybe the second best highlight was seeing Carlos Quentin sign for fans at 11:00 p.m. long after 99% of the crowds had gone.  But, good memories aside, those were the hottest temperatures I have ever experienced.  As much as I have loved Rosenblatt (where I fell in love with baseball) I am very interested in the new stadium opening next year (not the same as the CWS stadium, but I'll spare you the drama).  It should be a riot.  Also, I don't usually divulge into personal details here on the blog, but let me indulge myself.  We are building a house less than 10 minutes away from the new stadium.  Also, the lot we are building on was used as a makeshift baseball field, with rubber bases and everything.  Almost up to the day they dozed it.

It should be awesome. 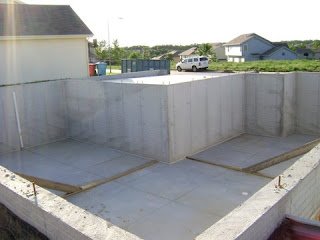 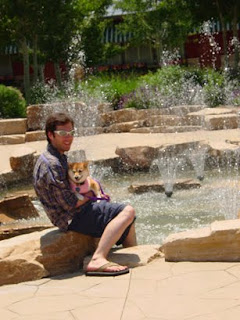 With our dog in Denver, CO. De La Rosa was obviously MIA but we saw Hawpe, Helton, CRAZY MANNY CORPAS, etc.  Chris Iannetta was pulling bullpen duty that day, which is where we settled for most of the game.  If you haven't been to Coors Field, let me just say that two standing room only tickets (more or less) for $12 each are better than anywhere I've sat at Busch Stadium for 2x, 3x, 4x that price.  I love it.  Coors Field is an amazing stadium.
Email Post
Labels: brand - studio goose joak baseball cards goose joak tributes player - joakim soria set - 1991 studio team - royals year - 1991