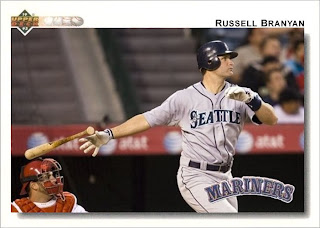 In the minors, Russell hit 79 home runs between his age 20 and age 21 seasons.

In the majors, he posted strikeout rates that would have shattered the single season record, had he accumulated 500+ at bats.

After an up and down career, he's FINALLY getting another shot to play full time at age 33, and he's making the most of it.