The the Angels Angels

"The Los Angeles Angels (of Anaheim)"

Doesn't that roughly translate into "the the angels angels?" Maybe my Spanish is pretty bad, so help me out if I'm missing something!

That said, here are some Anaheim Angels cards for your enjoyment! 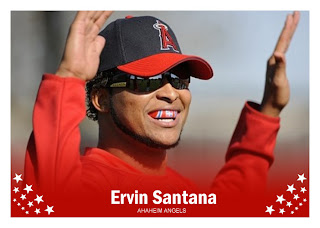 Big Erv! Anybody who listens to the Fantasy 411 should have a soft spot in their heart for Ervin Santana. 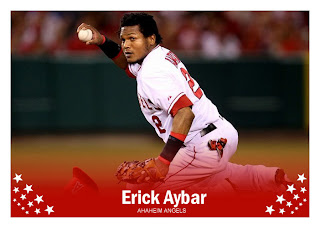 The Anaheim Angels seem to have a lot of trouble creating home-grown superstars (outside the rotation, anyway). It seems they've had bust after bust come through their system. But they sure do have a lot of versatile, average-ish, non-prospect players who can handle a bat and hold their own in the field. Aybar seems to fit this mold. 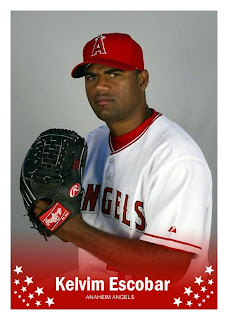 One of my favorite players. According to Charlie, he might be back sooner than expected. 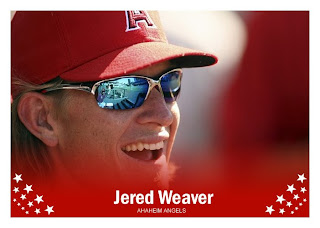 Filth Jr.! I was surprised to see his brother down at Dodgers camp.

Speaking of Jeff, why would any reclamation project ever leave the watchful eye of Dave Duncan or Leo Mazzone (read: Jaret Wright)? To cash in, I suppose. But still...would you rather be paid fairly to be good or be paid more to be mediocre or bad? 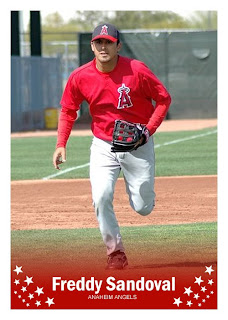 A shout out to Jesse from Jesse's Cards. Here's your Freddy! 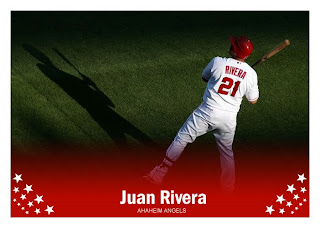 Sweet shot of Juan. He may get squeezed for playing time this year, which is really too bad. He's proven to be a fairly effective hitter when healthy.