Yesterday I came across an empty box of Goose Joak Originals I had been meaning to throw out. In the midst of tossing it, something on the underside of the old cardboard box caught my eye: 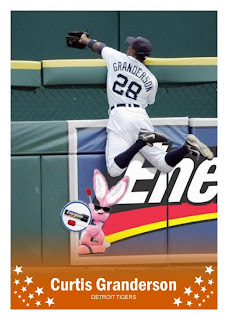 A baseball card! And not an ordinary one. It was a rare Curtis Granderson and Al Kaline variant card stuck to the bottom of the box (read: Al-Kaline).

At least that's what I thought at first. Then I realized that it wasn't stuck to the box. It was actually part of the box itself. So I cut it out, just like I used to do with '90 Topps.

It got me to thinking. Were other Goose Joak boxes the same way? Yep, they were. I found a number of other gems. Some were doubles of existing players in the set, and others were variants like World Baseball Classic.

Courtesy of the Hamiltonian: 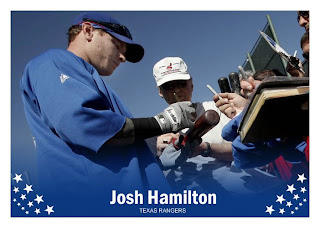 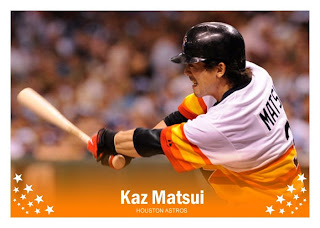 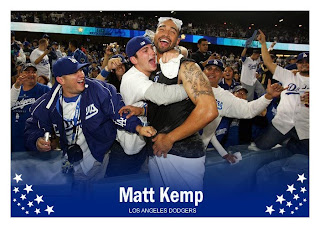 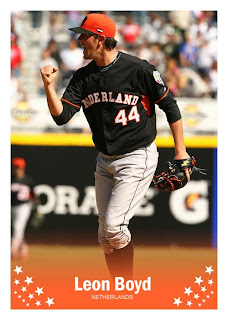 They're not part of the actual set, per se, but they're very cool nonetheless. I'm glad I noticed them.

Throughout the season I'll be collecting these cardboard box cutouts. At the end of the season (or perhaps the All-Star Break) I'll share all of these on the blog as part of a nice send off to the set.

Thanks for all the passion and creativity everybody!
Email Post
Labels: goose joak baseball cards goose joak originals