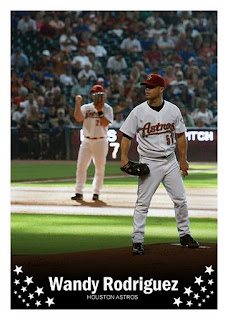 I've been getting a lot of great Goose Joak cards and Goose Joak contributions in the last few days. Can't wait to get these posted.

In the meantime, if you enjoy fantasy baseball, here are some great resources on starting pitchers and relievers. I found these yesterday at The Baseball Analysts. They've done a great job assigning weights to pitcher-specific outcomes (to help determine weighted value scores) as well as classifying pitchers by type classes (to help identify undervalued comps for overvalued pitchers).
The data isn't predictive for 2009 (it's a study on 2008 data), but you can get a lot of good ideas from it. Just amazing stuff. Can't wait to get carve out some time and play with it.

Some things that pop initially:
Two other personal observations that jumped out at me, when looking at the different categories of pitchers:

These are all guys I tend to value less than other fantasy owners, both in leagues and mock drafts.

Examples include: Wandy Rodriguez (pictured above), Zack Greinke, Ricky Nolasco, Jered Weaver, Randy Johnson, Kevin Slowey...these are all guys I tend to value more than other fantasy owners, both in leagues and mock drafts 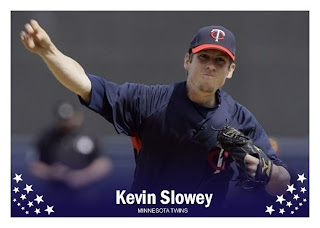 Hope you enjoyed the link. If you can't get enough, here are a few other fantasy baseball sites I enjoy, for those interested. All of these come highly recommended: