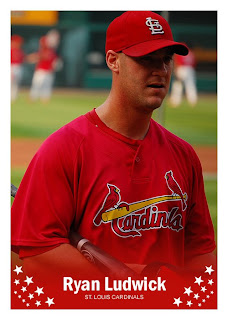 Unlike a lot of ballplayers these days, Ludwick looks big without being "ripped." That is, he looks "rural big" rather than "urban big" if you know what I mean.

I have no idea if this is true, but he looks like the kind of guy who does manual labor in the offseason.

Ludwick put up insane numbers in 2008, and I hope he does it again this year. 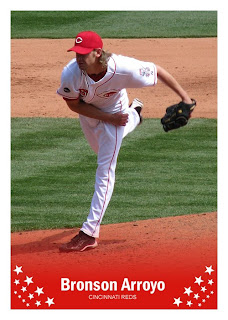 Bronson Arroyo makes a chicken-like leg kick as part of each windup. If you haven't seen it, just know that it is one of the most nonathletic looking things in all of sports.