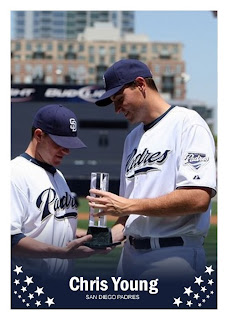 I think of Jake Peavy as a pretty big dude, but he looks like a child next to Chris Young. Of Chris Young, my wife says, "it looks like he's standing on a pedestal." 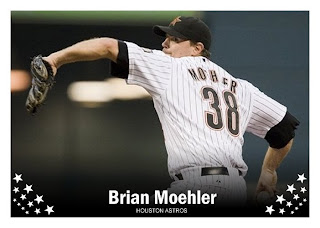 Moehler has put up twelve solid years in the big leagues. He's been a league average starter for most of it (95 ERA+).