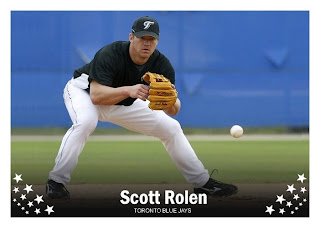 Scott may or may not make the Hall of Fame someday, but he'll always have my vote. He's injured a lot these days but can still play defense with the best of them.

Thanks to Val for the card. Val, you did a fantastic job! I'm looking forward to more.

Fernando Martinez is all the rage in some Mets circles. Not sure how Paul feels about him, but he did put together an awesome card of him. I love the random Alomar in the foreground. Not sure if it's Sandy Sr. or Sandy Jr. but I'm pretty sure it's not Roberto :) 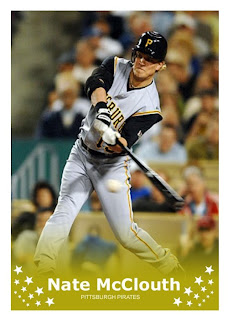 The man of the hour in Pittsburgh now that Jason Bay's time has passed. The Pirates are pretty good at collecting undervalued outfielders in the prime of their careers (Brian Giles, Jason Bay, Xavier Nady and now Nate McClouth). Now if they could just do the same with the rest of their team.