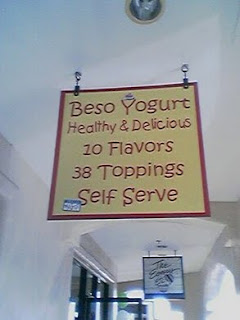 It's official! According to Stattracker, team Beso Yogurt has claimed the 2009 Apostles Crede Fantasy Baseball Championship! And by a half point, no less. 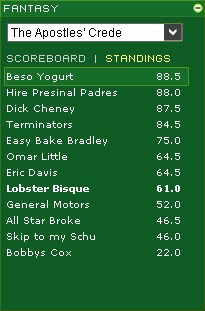 My brother (Cheney) actually lead most of the season. He had the two league MVPs (Mauer and Pujols) plus top 5 Cy Young finishers (Haren and Halladay). I'm not sure how I beat him.

But, to quote Cory Schwartz of the Fantasy 411, it's time for a Yoo-hoo shower! To celebrate, I've crafted a card of Joakim Soria (who else?) in the style of 1992 Post. 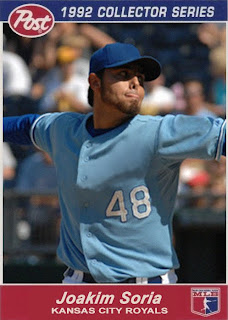 From the start of the season to the end of the season, only two players remained on my roster -- Joakim Soria and Mariano Rivera.

This marks my third win in as many years, and my fifth win in the last seven. To say I'm proud...well, you bet!

Many thanks to everyone in the league for making it so fun, year after year. Also, thanks to Charlie, Schruender and Jon of the various fantasy baseball blogs I frequent (plus the guys like pburke who always made it that much more fun to start Hot Sauce).